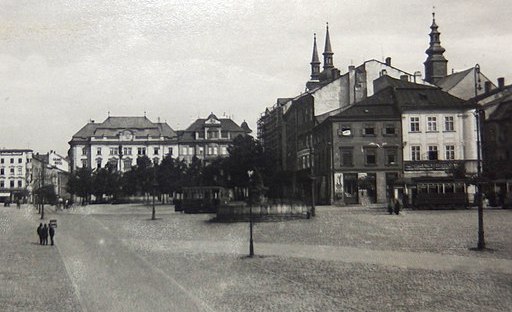 Viktor Ullmann’s father Maximillian Ullmann Edler von Tannfels was born in Jihlava in Southeast Moravia, on 12 December 1861 – and he died in Vienna on 24 March 1938.

Gustav Mahler was Ullmann’s muse and real inspiration throughout his life.

Edler von Tannfels had a most distinguished career as an officer in the Austrian Imperial Army, decorated with the Iron Cross for his outstanding bravery serving in the Great War. From Kriegsarchives it is clear that Maximillian Ullmann returned his Iron Cross shortly before his death. Viktor Ullmann was awarded with the Silver Medal for his bravery fighting on the Italian Front in the Great War. See the Kriegsarchive documents (PDF).

It was when Maxmillian Ullmann was stationed at Teschen Army barracks in Silesia that Viktor Ullmann was born there 1st January 1898.

I have often pondered on a probable connection between Viktor Ullmann’s father and the kindly figure of death being an old soldier who has gone on strike on the battlefield from Ullmann’s opera Der Kaiser von Atlantis….

All text, artwork and music recordings on this site © Jacqueline Cole unless otherwise attributed. All rights reserved. Jacqueline Cole has asserted her moral right to be recognised as the author of this site’s content.